Faller by Will McIntosh

Posted on November 3, 2016 by Stefan (Far Beyond Reality)

At the start of Faller, the new SF novel by Will McIntosh, a man regains consciousness lying on a city street. He doesn’t remember his name, the name of the city, or how he got there. In fact, his mind is almost completely blank, just like all the 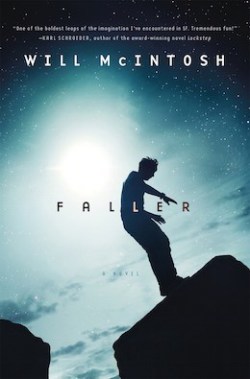 other people who are waking up in complete confusion around him. What’s even stranger, the world appears to end a few city blocks from where the man woke up. Rather than more streets and buildings, there’s just a chasm looking out over empty sky, as if this fragment of a city was torn from a larger whole and then tossed into the air. This feels odd to the man, somehow, even though he has no recollection of what a city is supposed to look like.

The man finds three objects in his pockets: a toy soldier with a plastic parachute, a mysterious map drawn in blood (and since his finger is cut, he assumes he drew the map with his own blood, suggesting it must be important), and a photograph of himself with a woman he doesn’t recognize. Since clues are the only thing he has, and he doesn’t recall his name, he decides to go by the name Clue.

Eventually, inspired by the toy soldier in his pocket, Clue decides to construct a parachute. That’s how he discovers that the floating city fragment on which he regained consciousness isn’t the only one. Taking the new name Faller, he embarks on a quest to find the mysterious woman on the photograph…

END_OF_DOCUMENT_TOKEN_TO_BE_REPLACED

Mini-Review: The Sudden Appearance of Hope by Claire North

In The Sudden Appearance of Hope, main character Hope Arden suffers from an unusual condition: no one can remember her. She meets people, chats with them, but they invariably forget everything about her when she leaves their range of vision for more than a minute or two. Even when she’s growing up, Hope’s parents are constantly surprised at the unfamiliar girl who shows up at the dinner table because every time she leaves the room, it’s as if they are meeting her for the first time.

Unsurprisingly, Hope is unable to lead anything resembling a normal life, but her unusual affliction does make her uniquely suited to the life of a high-stakes thief. While working on a big jewelry heist, she meets the creators of a new social app called Perfection, which slowly molds people to match unrealistic ideals of beauty and success.

END_OF_DOCUMENT_TOKEN_TO_BE_REPLACED

Finally, it can be told! The main reason I’ve been quiet here in the past few months is that I’ve been reading in preparation for a new project: a reread of the entire Company series by Kage Baker. The introductory post just went up at Tor.com this morning. Check it out!

I’ve been a big fan of the series since the earliest days, so I’m very excited about this reread and hope you’ll join us. If you’re new to the series, there will be spoilers, but I’ll be covering just a few chapters per week so it’s not that hard to catch up somewhere along the way.

Soft Apocalypse by Will McIntosh — on sale for 99c on Kindle right now! 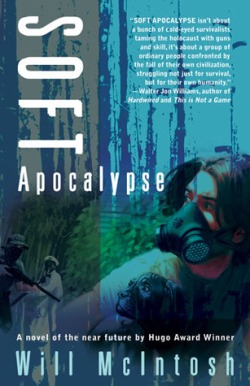 Okay folks, this is too good a deal to pass up: the Kindle version of Will McIntosh’s debut novel Soft Apocalypse is currently on sale for less than a dollar. I consider McIntosh to be one of the finest writers working in the genre today, with a remarkable string of winners including Love Minus Eighty, Defenders, and his most recent release, the YA novel Burning Midnight.

Soft Apocalypse is a harrowing story of survival in a world that’s scarily (and increasingly) plausible. You should read it. Here’s my review.

What Are You Reading (When You’re Not Reading Science Fiction/Fantasy)?

Today you can find me over at my place of employment, participating in a post about non-SF/F reading habits. The limit for this one was 200 words or less, so I had to be much more concise than I usually like to be! Click here to read the article, which also includes wonderful entries from other Tor.com regulars.

And! I know it’s been quiet here lately, but this time there’s a perfectly good reason for it: I’ve been busy reading and researching for an upcoming project, which should be launching in a month or so. I’ll post more info here once we properly get started.

Guest post by Lesley Conner: From Slush Pile to Magazine to Anthology: The Making of Best of Apex Magazine: Volume 1 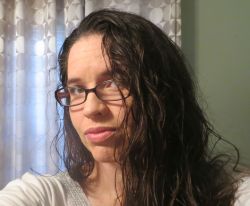 For today’s guest post, I asked Lesley Conner, the managing editor of Apex Publications and Apex Magazine, to pick a few stories from the new anthology Best of Apex Magazine: Volume 1 (out today!) and talk about how they ended up in Apex and how they changed throughout the editing process.

Lesley Conner is a writer/editor, managing editor of Apex Publications and Apex Magazine, and a Girl Scout leader. When she isn’t handling her editorial or Girl Scout leader responsibilities, she’s researching fascinating historical figures, rare demons, and new ways to dispose of bodies, interweaving the three into strange and horrifying tales. Her short fiction can be found in Mountain Dead, Dark Tales of Terror, A Hacked-Up Holiday Massacre, as well as other places. Her first novel The Weight of Chains was published by Sinister Grin Press in September, 2015. Best of Apex Magazine: Volume 1 marks her debut experience in anthology editing. She lives in Maryland with her husband and two daughters, and is currently working on a new novel. To find out all her secrets, you can follow her on Twitter at @LesleyConner.

END_OF_DOCUMENT_TOKEN_TO_BE_REPLACED

For today’s guest post, I’m very proud to welcome Robert Jackson Bennett, one of my favorite authors working in the field today.

Robert Jackson Bennett is a two-time award winner of the Shirley Jackson Award for Best Novel, an Edgar Award winner for Best Paperback Original, and is also the 2010 recipient of the Sydney J Bounds Award for Best Newcomer, and a Philip K Dick Award Citation of Excellence. He lives in Austin with his wife and son. He can be found on Twitter at @robertjbennett.

The author’s current series, The Divine Cities, started with City of Stairs and continues with City of Blades, which will be released in the US on January 26th. Because I am turning into a horrible slacker in my old age, I haven’t reviewed either of these yet, so I’ll just say this: they’re two out of only six new novels I’ve given a perfect five star rating in the past three years, out of the several hundred I’ve read.

In the following guest post, Robert Jackson Bennett talks about one of the most fascinating aspects of these novels: the way they explore the nature of divinity, religion, and power.

END_OF_DOCUMENT_TOKEN_TO_BE_REPLACED 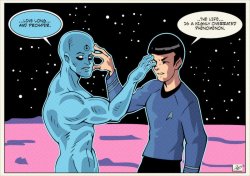 Today you can find me on SF Signal, where I’m participating in another Mind Meld, this time answering the question: “Who is Your Favorite “New to You” Author You Read in 2015?”

Click  here to find out my response (and the responses of several other SF/F reviewers.) 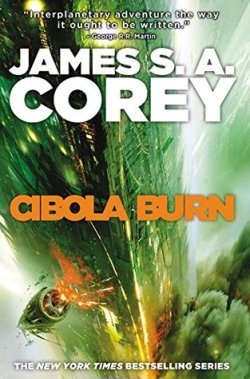 Today you can find me on Tor.com writing about Cibola Burn, the fourth book in the Expanse series, as part of our unofficial “Fellowship of the Expanse”: we asked four great SF/F reviewers/critics (and me, ahaha) to write an in-depth post about each book of the SF series, leading up to the premiere of the TV show next week.

Here’s a snippet from my post (which, obviously, is about the fourth book in a series so spoilers ahoy if you click through to the full article):

The situation on the alien planet is an incredibly tense mini-version of the political landscape that James S.A. Corey has built up in the previous novels. The author (or, well, you know, authors) have taken some significant bits from each faction in the story and put them in a tiny Petri dish: Belters face off against Inner Planets folks, the alien element is the catalyst that sends everything into a crazy tail-spin, and Holden and his crew try to prevent the situation from blowing up even further. Put all four of those together, not on the broader canvas of the solar system but in a claustrophobically tiny and isolated colony on an alien planet that seems to be doing its best to destroy everything on it surface, and things are likely to go boom. Which they do, spectacularly.

And, here are links to the other installments so far:

Edit: I really hope they’re not being sarcastic here, because this sort of made my day.

Posted on December 9, 2015 by Stefan (Far Beyond Reality) 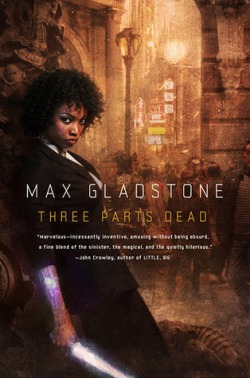 Before I get started: yes, I know, it’s ridiculous I’m just reviewing Three Parts Dead by Max Gladstone now. At the same time, I have to say I’m quite disappointed in all of you because, really, not one of you could have made me sit down and read this when it was first released in 2012? For shame.

But anyway. Three Parts Dead is one of the most fun and original fantasy novels I’ve read all year, and you should read it too. “Fantasy novel” in this case really means something that falls smack in the middle of the (probably very tiny) Venn diagram overlap between bizarre second-world steampunk tale, urban-ish fantasy à la Miéville, and John Grisham-like legal thriller that features, among others, living gargoyles and seven foot tall animated skeletons known as Deathless Kings. It’s really something else, this book.