Meanwhile at the Discussion Group: August 2013 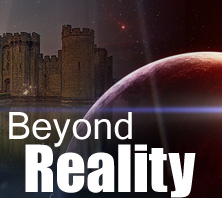 The name of this website was inspired by the Beyond Reality discussion group, which has been around for almost two decades in various forms and which I’ve been managing for more than half of that time. The group is currently housed at GoodReads (a site I waste an incredible amount of time on) and has over 1,400 members. Because this site’s name took its inspiration from the group, I try to post monthly updates about the group here, including our Books of the Month, our series discussions, and any other special events like giveaways or author visits. (At least: I used to do this, but somehow I’ve neglected to put the actual posts together for the past six months. Again. So this is me catching up.)

Please consider this an invitation to join us, if you’re interested in SF&F book discussion. And if book discussions aren’t your thing, maybe you’ll find some additional book recommendations in this monthly feature!

Beyond Reality‘s Books of the Month for August are:

Un Lun Dun by China Miéville for fantasy. My thoughts: I’m a big fan of Miéville and have read and loved almost everything he’s written. Un Lun Dun was the first book by him that I started but didn’t finish. The reason for this is, maybe, somewhat odd: it’s not that I didn’t enjoy it (I did) but more that, about halfway through, I felt that I kinda knew what the book was about and just didn’t feel the need to read on. I never reviewed it, and may pick it up again later.

Leviathan Wakes by James S.A. Corey for science fiction. My thoughts: Leviathan Wakes has been on my to-be-read pile ever since it was first released. I may actually try to squeeze it in this month, deadlines permitting, so I can participate in the discussion at Beyond Reality. (Fun, if somewhat embarrassing, fact: I may be the last fantasy reader on Earth who hasn’t read a single novel by Daniel Abraham–one half of James S.A. Corey–yet. I know. I know. I’m getting to it.

Meanwhile, we’re also in the middle of a group reread/discussion of The Book of the New Sun by Gene Wolfe. We’re currently on book three, The Sword of the Lictor, and will be starting The Citadel of the Autarch on August 15th. I’ve sadly been unable to join this discussion, even though these books are very high on my list of books I’d like to reread. Or reread again, I should probably say.

And that’s it for this quick look at what we’re doing at the Beyond Reality discussion group this month. If you’re interested in participating in any of these book discussions, please drop by the group!

For completion’s sake, here are the books we read and discussed since my last “Meanwhile at the Discussion Group”, back in December 2012.

Fantasy: Among Others by Jo Walton, Transformation by Carol Berg, The Etched City by K.J. Bishop, The Lies of Locke Lamora by Scott Lynch, The Shadow of the Torturer by Gene Wolfe, The Night Circus by Erin Morgenstern, and The Blue Sword by Robin McKinley

Science Fiction: A Scanner Darkly by Philip K. Dick, The Quantum Thief by Hannu Rajaniemi, The Gone-Away World by Nick Harkaway, The City and the Stars by Arthur C. Clarke, The Faded Sun: Kesrith by C.J. Cherryh, Steal Across the Sky by Nancy Kress, and 2312 by Kim Stanley Robinson.

2 Responses to Meanwhile at the Discussion Group: August 2013