Guest post by Peter Higgins: Impossible Genres: Are There Books That Can’t Be Written? 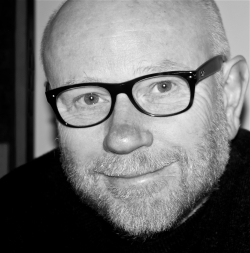 Peter Higgins’ debut novel Wolfhound Century was easily one of my favorite books of 2013. With its luminous prose and original world-building, the novel took me utterly by surprise. Today, just about a year later, Orbit and Peter Higgins deliver the second installment in the trilogy, entitled Truth and Fear.

On the occasion of the new novel’s release, I’m extremely proud to present this guest post by Mr. Higgins, who (in addition to these two excellent novels) has had short stories appear in Fantasy: Best of the Year 2007, Best New Fantasy 2, Asimov’s Science Fiction, Fantasy Magazine, Zahir and Revelation, and in Russian translation in the St Petersburg magazine Esli. He lives with his family in South Wales.

Please click below for Mr. Higgins’ guest post “Impossible Genres: Are There Books That Can’t Be Written?”, and make sure to check back here tomorrow for a great giveaway: I’ll have five copies of Wolfhound Century to give away!

Impossible Genres: Are There Books That Can’t Be Written?

Is it possible to imagine a genre, or a genre mix, that just can’t be written? Are there any unbreakable genre rules? Or is anything possible, if you do it well and do it right?

The way I see it, what marks out a genre is the specific kind of emotional experience, the particular satisfactions and pleasures, it offers its readers (and its writers). (Pleasure here includes some pretty dark things and unspoken, even unconscious desires). Genre formulas build up around delivering that unique flavour of pleasure, so people can go back again and again for more of the same.

And the great thing is, that while each genre formula has its necessary ingredients (a particular kind of story structure, or a setting, a kind of character, a kind of language or an attitude, a styling or a defining idea) these ingredients don’t have to be mutually exclusive. They’re not on a spectrum. Including one doesn’t mean excluding another. It’s not either/or. Genre formulas can be endlessly mixed and remixed and re-invented. Teen romance has a formula. Vampire novels have a formula. Can you have vampire teen romance? Absolutely, yes.

But are genres really always and inexhaustibly mixable and extendable? Is it really true that there’s no such thing as an impossible genre, and it’s never either/or? Can you always do both/and? I’m not sure.

For one thing, if each genre offers a particular kind of pleasure, aren’t there some kinds of pleasure that just don’t mix? How about a richly insightful and slow-moving novel of human growth, worthy of Henry James or Tolstoy or Proust, about a serial killer? That feels kind of impossible to me, but it’s personal. A matter of where my inner borders are. It’s not impossible to write.

It seems that even genres based on mutually incompatible premises can be mixed. Zombie teen romance should be impossible, because zombies by definition are dead. Lifeless, grotesque, smelly, unrelentingly murderous corpses. You can’t love one of those. Except that it is possible to write zombie teen romance, because it’s been done. Warm Bodies.

So are there reading pleasures that are actually, technically incompatible because the genre formulas that deliver them are in outright opposition? Maybe. A whodunit murder mystery must begin with a corpse and end with the identification of the killer. If it doesn’t end like that, the reader feels cheated of the crowning pleasure of the genre. An epic multi-volume fantasy, on the other hand, builds a world and keeps on building. Story generates more story. Ending such stories at all is notoriously problematic. So a crime mystery/fantasy epic mix should be impossible. Unwritable.

And yet that too has been done, in a way, and it works. The attempted murder of Bran Stark and the Stark family’s quest to identify the perpetrator is a big story driver in A Game Of Thrones. But what happens is that the epic fantasy simply absorbs the crime mystery into itself, uses it, makes it part of the story world but not the whole.

The example of A Game of Thrones gives a clue, I think, to where the boundaries of genre possibilities might lie. Some genres seem to require exclusivity to work, and Crime Mystery could be one. If you add elements from another genre it stops being a Crime Mystery and turns into that other genre. A Game of Thrones contains crime and mystery, but it’s not a Crime Mystery. It remains a fantasy. Nor is Minority Report a Crime Mystery, or Blade Runner a Noir Thriller.  They remain SF no matter how faithfully they follow the mystery or noir conventions.

So maybe there are genre rules you just can’t break. When genres define themselves by single-mindedness, by exclusion, by not being something else as well, you can’t introduce elements that don’t belong. Hard-boiled police procedurals are like that. So is hard SF, which won’t allow magic, not real magic, or it’s not hard SF. (It’s no coincidence that these genres call themselves ‘hard’) 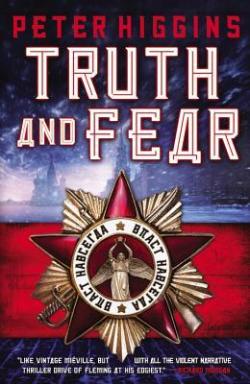 Some genres, on the other hand (‘soft’ genres?)  seem much more open to including elements from other formulas. But they’re hard too, in the sense that they change what they absorb. Something has to give, and something has to dominate. Teen romance seems to be an absorbing and dominating genre: when it appropriates zombies or vampires, the teen romance remains what it always is, and the vampires or zombies morph, adapt, change, soften. So teen romances are as single-minded as hard SF or crime mysteries in the end. Everything reshapes to the dominant genre view.

Which brings me to some sort of tentative conclusion. It seems to me that all genres have their limits somewhere. There’s something you can’t do without breaking the mould and turning it into something else, although what that something is depends on the genre. At some point the new addition overwhelms the host. Except fantasy.

Fantasy, from this perspective, is a genre defined only by its permissiveness. Nothing is excluded and no formula element is indispensable, except the one that says, the rules might be different here. Fantasy is the inexhaustible ragbag of old genres and new inventions where nothing is impossible. It’s the big absorber, where any idea, any story, any kind of borrowing and re-imagining, can be included without breaking genre boundaries and turning into something else. And that’s why fantasy is in many ways borderless and indefinable, and maybe not even a genre at all, but a place where genres mix and morph. At least, that’s what I’d like to think. Fantasy is where the books you shouldn’t be able to write find their home.

This entry was posted in Guest post and tagged Orbit, Peter Higgins. Bookmark the permalink.