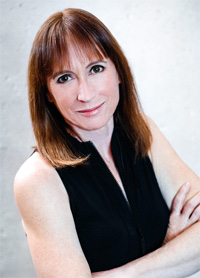 About two years ago, I read and reviewed a wonderful indie-published novel called The Red: First Light by Linda Nagata.

(I really liked it.)

Since that time, the novel was nominated for a Nebula Award and acquired by new SF/F imprint Saga Press. The new, revised edition of The Red just came out last week. Today, I’m proud to present a guest post by Linda Nagata about the changes between the two versions of the novel.

In the spring of 2013 I indie published my novel The Red: First Light, a near-future military thriller. It did far better than I’d ever dared hope. By spring 2014 it had been nominated for both the Nebula and the John W. Campbell Memorial awards, and shortly after that it sold, along with two sequels, to editor Joe Monti of Simon & Schuster’s new science fiction and fantasy imprint, Saga Press. When the sale was finalized, I pulled my indie edition from the market, leaving the field clear for the revised Saga Press edition, which was released just last week, under the title The Red.

During the time The Red was off the market, the most frequent question I got from those who had read the indie edition was: When is the sequel coming out? The answer is that The Trials, the next volume in The Red trilogy, will publish August 18.

And the second most frequent question: How much has the story changed? Do I need to buy the new edition before I read book 2?

Well… it’s very tempting to tell you, Yes! Yes, you absolutely should purchase the new edition. After all, good sales figures rock. Good sales figures mean I might be able to get another contract to write something new. (And look at that gorgeous Larry Rostant cover!)

But that would be an ungrateful thing to do.

To my early readers, those of you who picked up The Red the first time around: You are awesome. Thank you for taking a chance on me and spending your hard-earned money on the indie edition. I want to let you know that you definitely don’t have to buy the new edition to continue with the trilogy.

When The Red was sold I knew there would be revisions. Still, it was important to me that it remain largely the same book when it was reissued by Saga Press, and editor Joe agreed. We went through a multi-step editorial process with the goal of enhancing the existing story, not rewriting it. Joe suggested many small changes. For example, he pointed out bits of dialog that seemed out of character, he wanted different word usages here and there, he asked that the roles of specific characters be expanded and strengthened, and that some of the technology be clarified.

Also, by this point I was working simultaneously on all three books of the trilogy, which led me to make a few more changes, mostly in terminology, to better integrate the three books.

The biggest changes came near the end. The climactic action scene remains the same in essence, but the roles of two important characters have been modified to better display their strengths, and the epilogue has been expanded to better introduce the sequel.

All of this is detail work. The new edition has the same structure as the original, the plot remains the same, and no new characters have been added.

I can say without hesitation that the Saga Press edition of The Red is a better book than the version I released on my own, but if you’ve read only the indie edition, no worries. You’re all set to read The Trials. I hope you decide to do so!

Linda Nagata is a Nebula and Locus-award-winning science fiction and fantasy author. Her more recent work includes short fiction “Nahiku West,” runner up for the 2013 Theodore Sturgeon Memorial Award, and The Red: First Light, nominated for the Nebula and John W. Campbell Memorial awards. Linda has spent most of her life in Hawaii, where she’s been a writer, a mom, and a programmer of database-driven websites. She lives with her husband in their long-time home on the island of Maui.

Thanks to Linda Nagata for this great guest post! Make sure to check back here later this week for a chance to win a hardcover copy of The Red or an Audible code for the audio version of the novel!

This entry was posted in Guest post and tagged Linda Nagata, Saga Press. Bookmark the permalink.

5 Responses to Guest post by Linda Nagata: The Red