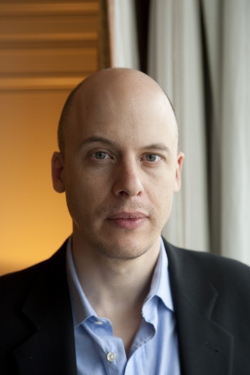 Since “Lev Grossman third book” seems to be the most frequent search term leading people to this site (something I’m probably not helping at all by using that phrase to start off this interview), I think it’s only fair to post a brief follow-up to last year’s long interview with Lev Grossman to ask about The Magician’s Land, the forthcoming sequel to The Magicians and The Magician King.

Far Beyond Reality: So, Lev, how is the new novel coming along?

Lev Grossman: At this exact moment, it is in a state of crisis.

Not in a terrible way. I plan ahead a lot — I’m a big outliner—but the best things I write generally come when the plan fails and the outline breaks down and I have to start improvising. That’s what’s happening right now. The plan failed, bigtime.

There is a solution, but it involves me throwing out large chunks of story that I’ve spent a lot of time on. That’s a bit painful. But as Robert De Niro says, the map is not the territory. And the outline is not the novel. 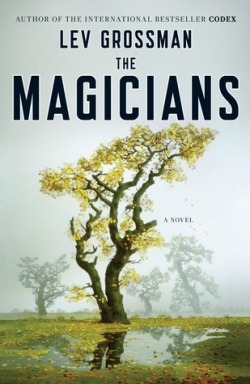 FBR: In our last interview, you mentioned that you hadn’t planned out the plot for The Magician’s King when you were writing The Magicians. Did you ever feel like you’d “painted yourself into a corner” while writing the sequels? In retrospect, is there anything you wish you’d done differently in The Magicians or The Magician King?

Lev Grossman: I said earlier that I plan ahead a lot, which is true, but you’re right, while I’m writing a book I’m never planning the sequel, at least not consciously. My theory is, if the underlying logic of a book is solid, then the next iteration of it should be solid too.

Only once did I really feel like I painted myself into a bit of a corner. Towards the end of The Magicians, when Quentin is living with the centaurs, he studies a lot and gets quite powerful. Too powerful. I had to take his power levels down a lot in The Magician King, to make the plot work. I justified that by saying that he’d gotten fat and lazy. And it’s true, he did. But it’s also true that I needed him to get fat and lazy for the plot.

FBR: Has anything changed in your writing process since your previous novels? Do you feel like you’ve changed as a writer over the years?

Lev Grossman: Someone, maybe it was Neil Gaiman, once said that you never learn how to write novels, you just learn how to write the particular novel you happen to be writing at the time. The next one is a completely different problem. Every novel demands its own bespoke, purpose-built process.

But even beyond that, a lot has changed. God – when I started The Magicians I didn’t even drink coffee. The most important change comes from the simple fact that now I sell my books before they’re finished. While I was writing The Magicians I was constantly battling a lack of confidence, and a fear – nay, a certainty – that after five years of work the book would never be published, and I’d have wasted all that time. I don’t worry about that as much, not anymore.

Also I’m not depressed. I struggled a lot with depression while I was writing The Magicians. I’ve gotten help with that since then. And that changes you as a writer too. 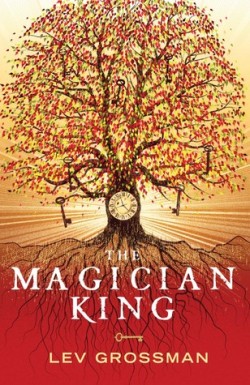 FBR: What about The Magician’s Land will surprise fans of the first two novels most?

Lev Grossman: I don’t want to get too specific. The surprise is kind of the whole point: I always like to feel like I’m trying to push the characters and the plot into places that readers simply would not have believed they could possibly go. And I don’t want to spoil that. There are scenes in The Magician’s Land that I never, ever thought I would write.

But I think readers will be surprised to find themselves back at Brakebills. And there are quite a few chapters from the point of view of someone we’ve never met before, a Brakebills undergraduate named Plum, who is herself harboring a rather surprising secret.

FBR: Is there an approximate publication date for the book yet?

Lev Grossman: Very approximate. Definitely 2014. That’s all I know at this point. I would tell you more if I knew, but I don’t decide these things. The publisher does.

FBR: How about an excerpt? Maybe something longer than those two tiny paragraphs you sent to Omnivoracious?

Lev Grossman: Back, foul devil! Tempt me not into oversharing.

FBR: Moving on! In our first interview you mentioned to me that you were working on something non-Magicians-related. Is that still in the works, and can you give us an idea about that book?

Lev Grossman: Nobody knows anything about that novel except for my wife. And I think I talked about it once when I’d had too much to drink at a dinner party. I need to keep it under wraps for now, until it’s (God willing) sold. But I will say that I’ve written slightly more than half of it, and I’m pretty happy with it. So with any luck it will follow hard on the heels of The Magician’s Land.

FBR: As a cello player, which cello pieces do you recommend? Any specific performances or recordings?

FBR: And finally, to end on a lighter note, if you were to write a Pixar-like blooper reel for the Magician novels, what would be the first scene(s)?

Lev Grossman: Ha! That’s a good question. Probably it’s Quentin on his first day in class at Brakebills, trying to pull off the trick where he tosses the marble up and catches it on the back of his neck. For the first five minutes of the blooper reel, it’s just him tossing the marble and missing it 30 times in a row, while the extras applaud him ironically.

Thanks to Lev Grossman for once again taking the time to answer my questions!

This entry was posted in Interviews and tagged Lev Grossman. Bookmark the permalink.