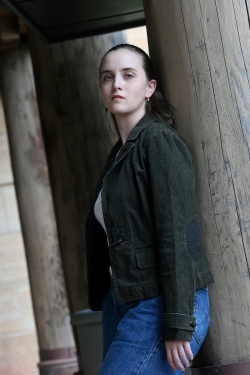 For today’s guest post, I’m very proud to welcome Marie Brennan, whose two most recent novels A Natural History of Dragons and The Tropic of Serpents I reviewed here and here.

Marie Brennan is a former academic with a background in archaeology, anthropology, and folklore, which she now puts to rather cockeyed use in writing fantasy. She lives in the San Francisco Bay Area. In addition to the two aforementioned Memoirs of Lady Trent and many short stories and novellas, she is also the author of A Star Shall Fall and With Fate Conspire (both from Tor Books), as well as Warrior, Witch, Midnight Never Come, In Ashes Lie, and Lies and Prophecy. You can find her online at SwanTower.com.

Please enjoy Marie Brennan’s guest post about the dreaded “Mary Sue” label and whether it applies to her character Isabella, Lady Trent.

The list of things I enjoy about writing Isabella’s story is very long, but I recently added another item to the list:

She doesn’t apologize for herself.

She apologizes for her mistakes, sure. (Sometimes. She isn’t self-­aware enough, even in her old age, to recognize all of them.) But not for herself: her intelligence, her achievements. And even now, this seems like a rare thing. Female characters are often supposed to be modest, uncertain of their capabilities, beset by doubt. To be otherwise is to invite that dreaded label . . . Mary Sue.

This showed up on my radar a week or two ago because I was reading a romance novel by Joanna Bourne, The Spymaster’s Lady. Her heroine Annique is a French spy during the leadup to the Napoleonic War, a talented and renowned agent nicknamed the Fox Cub. Not only do the other spies on both sides of the conflict have great respect for her abilities, but Annique herself makes no apology for her skill. She’s prone to dialogue like “What you are saying is nonsense, but because I am a woman of great intelligence, I understand anyway.” (A paraphrase, but a reasonably close one.) It startled me every time she said something like that, because I’m just not used to hearing it. Not from women, anyway.

It isn’t that Isabella has no doubts. She was once young and uncertain, like so many of us are. She didn’t know everything. Sometimes she screwed up. But she’s writing from the perspective of decades later, and so the reader gets the best of both worlds: they get to watch young!Isabella grow and improve, achieving competence and recognition in her chosen field, while old Isabella lays unabashed claim to the result. I like having the older version of her around, because it sends the message that just because you are currently inexperienced and less than 100% competent at something doesn’t mean you’ll never be awesome. And when the day comes that you are awesome— be proud of it!

I tend to give the term “Mary Sue” the side eye in general, because I think it’s often misused.  I want to read about characters whose good qualities I admire ­ and more, I want them to acknowledge their own good qualities, because that tells me it’s okay to acknowledge such things in myself. Women and girls are still pressured to apologize for themselves, to downplay their talents and their achievements in a way that men and boys don’t have to. Arrogance is unattractive in anybody, regardless of gender, but there’s plenty of room to recognize your own success without being a jerk about it.

When I started writing the series, I wasn’t thinking about this sort of thing at all. I rarely spot this kind of message in my own work until I’m eyeball-deep in it ­­ and I prefer it that way, since knowing the message from the start risks me hammering it in a way that will become preachy. But having spotted it, I’m glad it’s there. I suspect it’s part of why so many readers have responded to Isabella as a character.

And if she can help inspire someone else to confidence, then that is something I can be very proud of indeed.

Thanks to Marie Brennan for this wonderful guest post! A Natural History of Dragons and The Tropic of Serpents are available now from Tor.

This entry was posted in Guest post and tagged Marie Brennan. Bookmark the permalink.