From the Department of Shut Up And Take My Money: the Subterranean Press Humble Bundle! 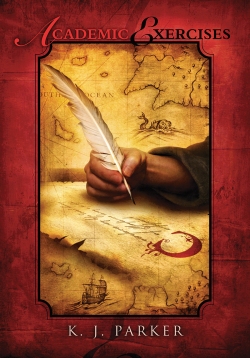 Subterranean Press is one of my favorite publishers in the SF/F world. They publish a wonderful range of works, from novels to novellas to short story collections and even the occasional non-fiction work. They consistently put out gorgeous books (in the physical sense), and even if the limited editions are sometimes on the pricey side, they usually release electronic versions at very reasonable prices too. I’ve reviewed a significant amount of their releases over the years, including several here at Far Beyond Reality.

Apparently SubPress is 20 years young this year, and to celebrate they’ve put together a Humble Bundle with some truly wonderful gems. As usual with Humble Bundles, you can pay what you want, but if you pay more than the average amount you unlock a bunch of extra books, and if you pay more than $15 you unlock a few more. (FYI, the average amount paid has just about doubled since yesterday.)

Oh, and let’s not forget: half of the proceeds of this awesome sale will go to the Worldbuilders charity.

You can find the Humble Bundle here, and below the break you’ll find a list of some of the works that are included. Go take advantage of this awesome deal while you can!

Pay what you want for:

Inside Job by Connie Willis

Muse of Fire by Dan Simmons

Jacaranda: A Novella of the Clockwork Century by Cherie Priest

The Top of the Volcano: The Award-Winning Stories of Harlan Ellison®

If you pay more than the average donation, you’ll also get:

The Mallet of Loving Correction by John Scalzi

The Merchant and the Alchemist’s Gate by Ted Chiang

Tortured Souls: The Legend of Primordium by Clive Barker

If you pay $15 or more, you’ll receive all of the above plus:

The Hunter from the Woods by Robert McCammon

This entry was posted in News and Other SFF-Related Ramblings, Sales and tagged Humble Ebook Bundle, Subterranean Press. Bookmark the permalink.

3 Responses to From the Department of Shut Up And Take My Money: the Subterranean Press Humble Bundle!